Skip to content
Before we have children we are warned in advance about the terrible twos, the three-nagers, and oh, don’t even mention the preteen and teen years! And if you’re like me, you probably feel a couple of things:
1. Everyone is exaggerating on how bad it is
2. Kids that throw monster tantrums must not be well disciplined, it has to be the parents fault
3. I’ll make sure my children never act like that
And if you are in fact like me, and you have children that are older than a year, you’re probably laughing hysterically at number 3. Don’t worry, I’ll give you a minute to catch your breath and recover from it.
I was convinced that if I started trying to discipline my children at an early age, they would listen better and I would have more control over possible tantrums. I’ve found that no matter how early I could have started (I think it would be a bit absurd to try to discipline a 3 month old lol), it wouldn’t change the course of where we are now with an 18 month old who seems like she is in the peak of her terrible twos. At least I hope she is as I can’t imagine it getting much worse!
Having a child who is as strong willed and as stubborn as mine is a challenge in itself. Not just with discipline but with everything. She is determined when she sets her mind to something and she doesn’t give up easily, even if it’s something that challenges her. While these traits may make it hard right now, I really hope deep down that she never loses them as she grows older. Imagine the things she will do with her life and how wonderful her world is going to be!
The tantrums right now are hard, however as soon as I feel like I might start to have a handle on how to deal with them, she learns something new. It’s no longer just screaming as loud and high pitched as she can and throwing herself on the floor, now she’s learned to bite, scratch, kick, claw, and head butt whoever is closest to her or trying to restrain her.
So how do you deal with these tantrums? How do you get your sweet, innocent, angelic child back? Because Lord knows, I don’t feel like I even know the child in front of me when these tantrums happen.
I’ve learned a few things to do and things not to do, only because for us, they don’t work.
Things NOT to do:
1. Yell or scream. I don’t know a single person that calms down when they are angry and someone else is yelling at them. It only ever seems to escalate the situation and before I know it people are wondering if they should call the SWAT team to rescue me from my child.

2. Spank or physical discipline. This is not a judgment statement to say whether I believe children should be spanked or not. This is very direct and specific to my child in that it doesn’t work. She never gets spanked hard as we do not want to hurt her, we only want to snap her out of her fit. More often than not she continues the behavior or starts laughing.

3. Ignore the tantrum. Now this one is part do and part don’t. I will ignore the beginning of a tantrum when I know that she’s looking for attention from the tantrum. Many times her tantrum is the result of something else- maybe she’s hungry, maybe she’s tired, or sometimes she’s just overwhelmed and frustrated. I never want to ignore her when she really needs me to acknowledge her feelings and help her to find a way to calm herself.
Things TO Do:
1. Try to stop the tantrum before it happens. I know, this seems as realistic as knowing the winning numbers to the lottery. But many times if I pay attention, I can start to see her breakdown before the tantrum starts. If she is constantly bringing me a toy or asking for me to go with her and I don’t, she starts to feel frustrated because she wants my attention. If she starts scratching her neck or her arms she’s usually starting to get hungry and needs a snack. If she starts rubbing her eyes she may be ready for her nap before I expected or she may want to just cuddle with me and rest. There are plenty of opportunities that I have to stop a tantrum before it happens, if and when I have the time to look for the signs.

2. Acknowledge their feelings. Nothing is more frustrating to me than when I am upset about something and someone disregards how I’m feeling. Does it make me feel better? No. Do I calm down because they tell me that I need to? No, that just makes it worse. Kids are the same but the difference is that these feelings are all new to them and they are trying to learn how to cope with and handle them. It’s our job to teach them these skills. When I know that my daughter is mad, I verbally acknowledge her feeling. “I can see that you’re angry.” “I can see that you’re frustrated.” And then I offer her a coping technique that we can do together. Maybe it’s a hug from momma or deep breaths that we do together. Both help her to calm down and I can see her processing in her mind that she feels better.

3. Change the environment. When all else fails and I can’t get her to calm down and stop the tantrum, I’ll change her environment. That may mean that if we’re in the living room when she starts her tantrum that I take her into the kitchen or outside to get fresh air. By redirecting her attention to something new, it allows her a minute to forget about whatever was upsetting her and lets her focus on something else. Once she’s calm I can try to navigate what the trigger of the tantrum was and try to fix it. I also try to avoid taking her back into the original environment until either we’ve found the trigger and fixed it (maybe a snack if she was hungry) or enough time has passed that she won’t be triggered again when she’s back in the environment. This happens more often than I would like for it to, but she’s stubborn and determined so whatever upset her the first time is likely to upset her again until she’s had time to move on from it.

4. Remember that they are just kids. And that they don’t mean it. Children don’t throw tantrums with the intent of ruining your day or making your life hard. They throw tantrums because they are trying to figure out their own world. Being a parent or guardian is hard because there is no rule book and no appreciation for what we endure with each tantrum but in the end we hope to see our hard work and perseverance shine through in well rounded and functional members of society.
There is no right or wrong way to handle tantrums because each child is unique and different in how they react. And on top of that, each individual child is going to have variations in what works and what doesn’t work which makes it even more challenging. But we were designed to handle this. We have the skills and the creativity needed to tackle these things. And at the end of the day, hopefully we’re reminded of how strong our support system is within each other. 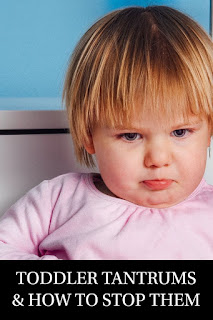 Sharing is Caring! Thank you!

5 thoughts on “Red Rover, Red Rover, send my nice child back over”